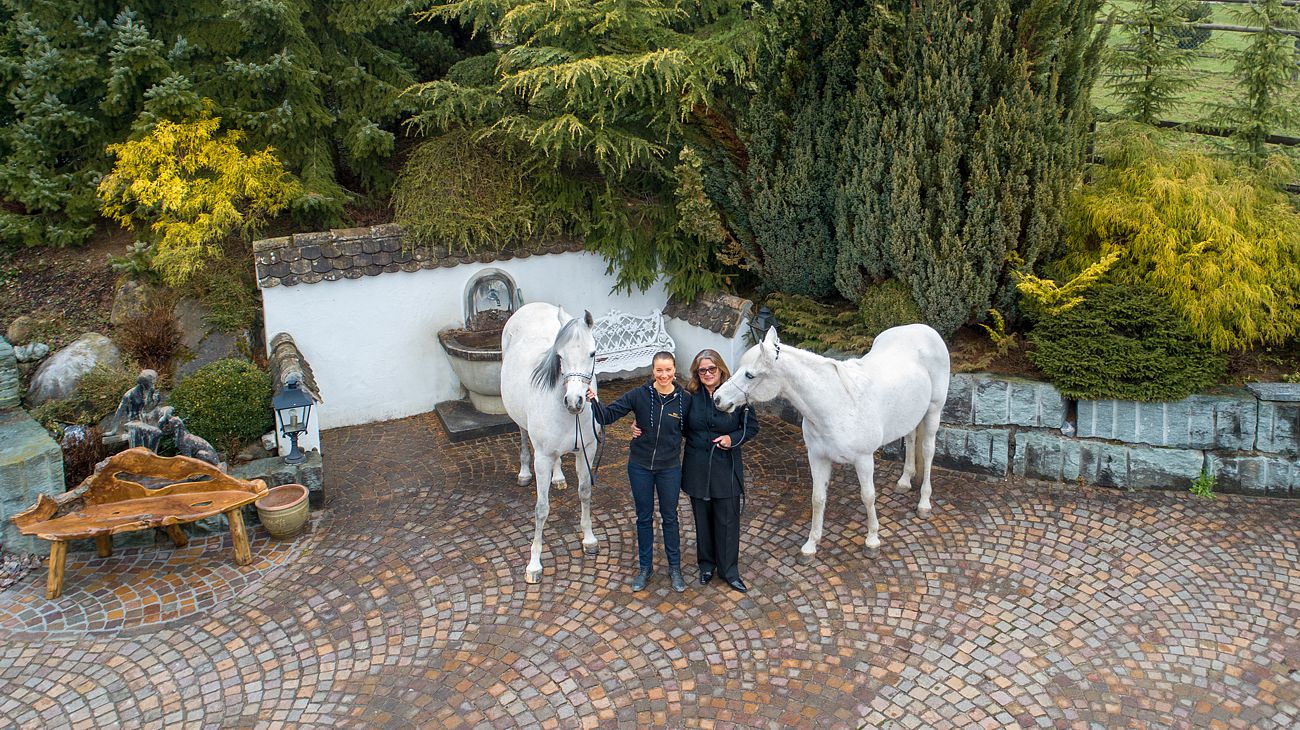 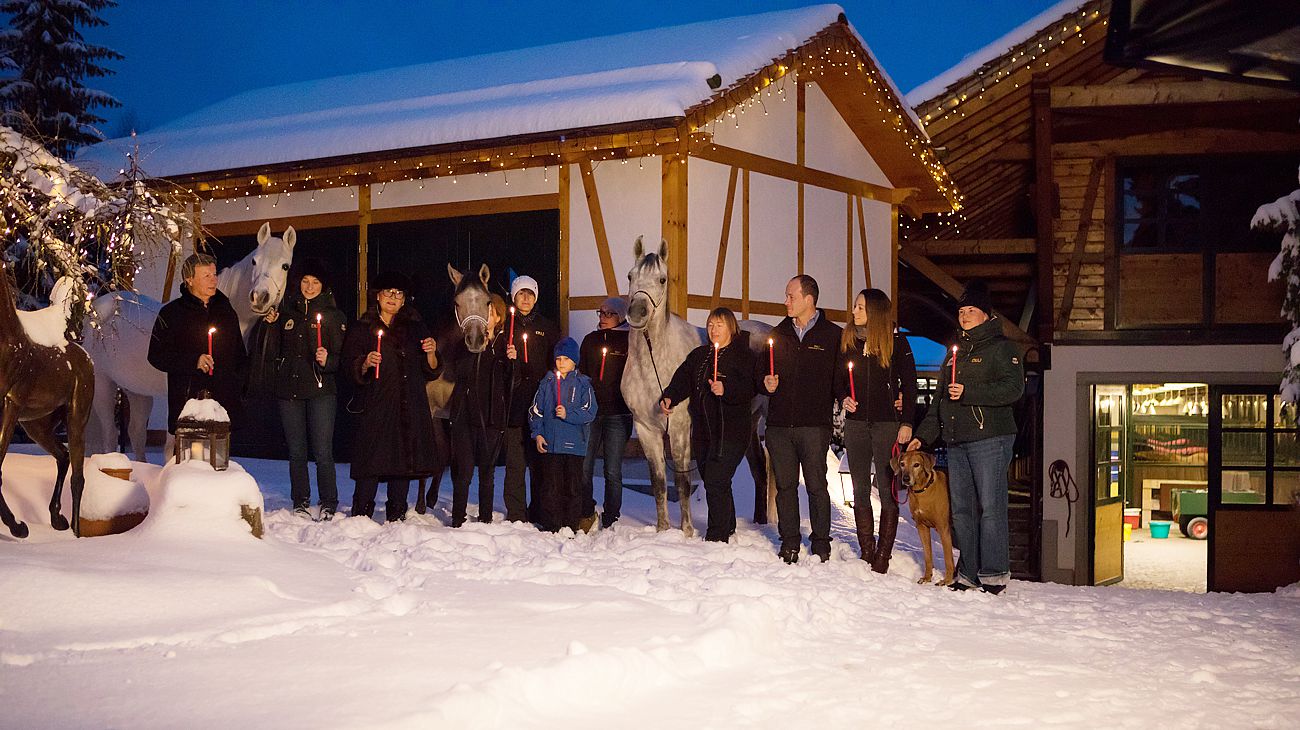 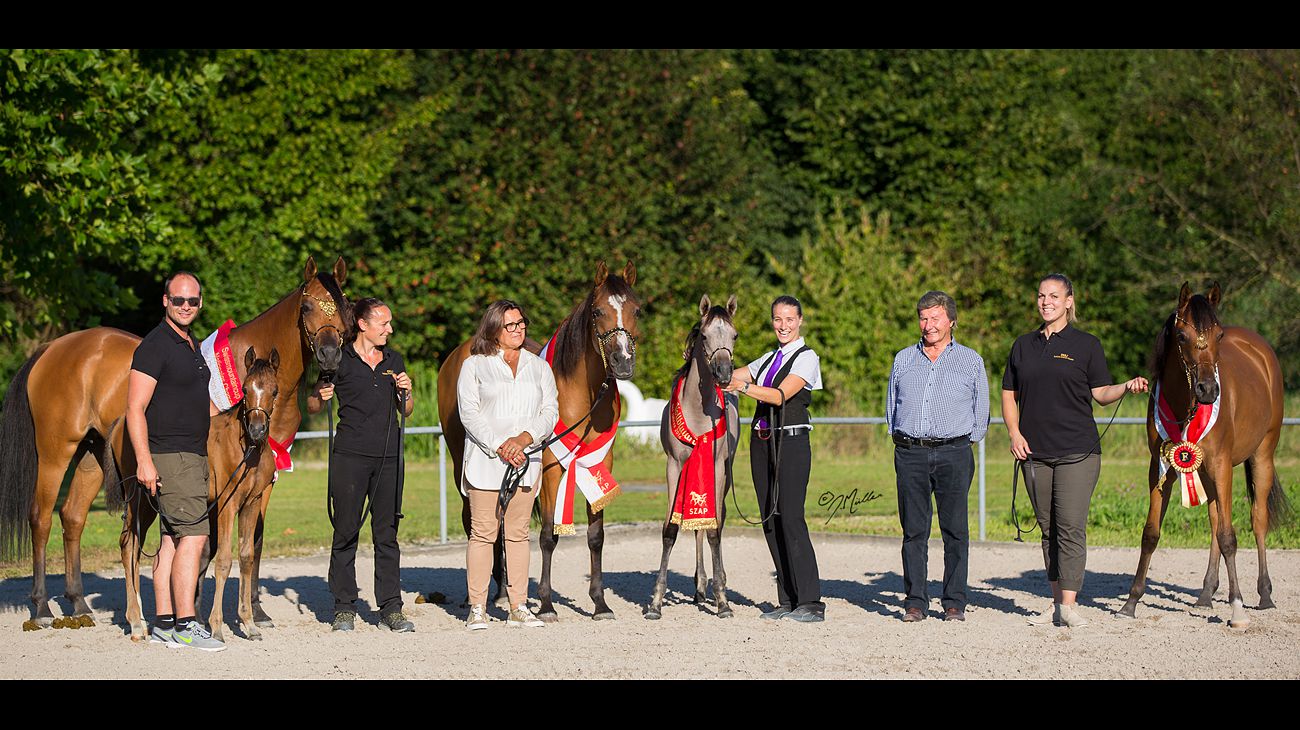 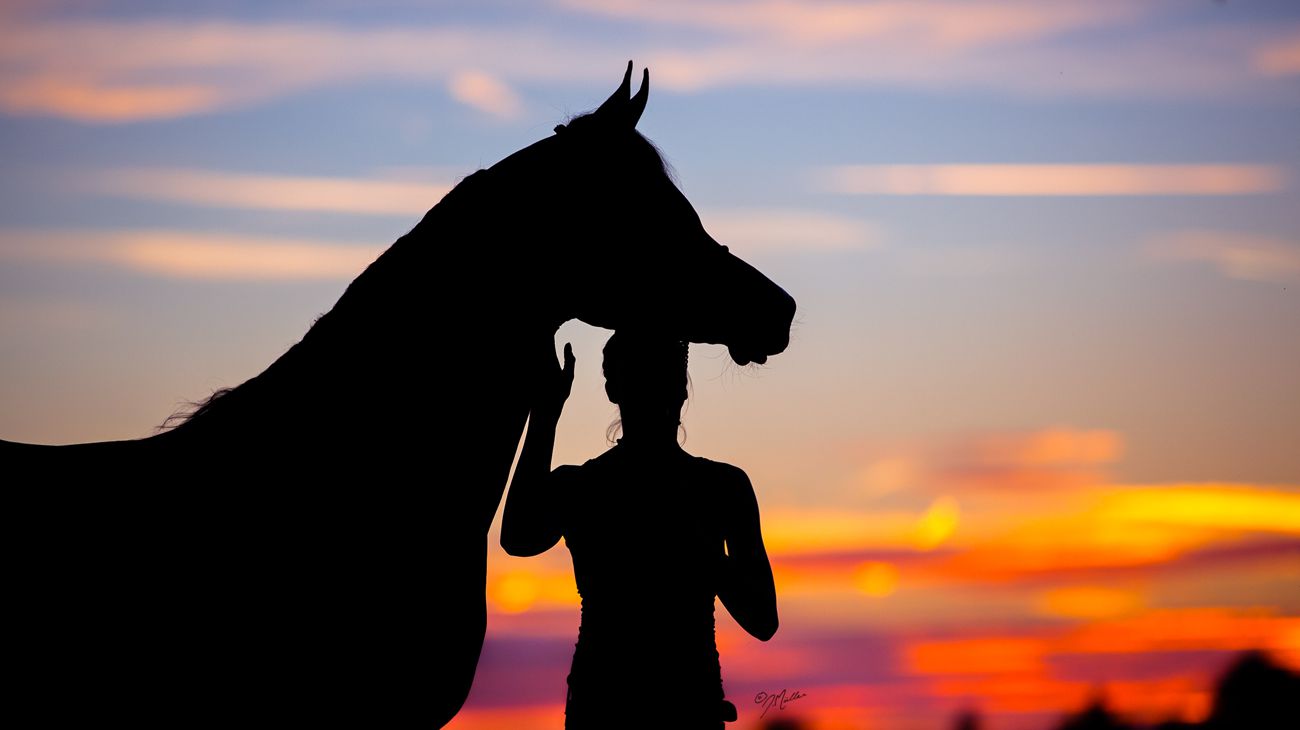 It seems a bit ironic that the history of a stud farm began with two geldings. However, our magnificent two first horses Mogambo and Sabaal initiated our deep love for these wonderful animals.

It’s been almost 23 years since Ernst and Maja Schläpfer were looking for a suitable riding horse. At a horse show in Wels, Austria, the couple first encountered Arabian horses and instantly fell in love with this graceful, elegant and affectionate breed. Shortly after, they bought their first Arabians, Mogambo and Sabaal. These amiable geldings are distinguished by their excellent character, staunchness and friendliness; they became trusty companions and teachers for Ernst and Maja, as well as for their children Andrea, Ernst and Christina.

Two years later, two beautiful purebred Arabian mares joined the Schläpfer family: Kalifah El Gaug, a black pearl from the farm of Pepi Selva, and Muhadshirina, a straight Egyptian bred beauty from the state stud Marbach, Germany. Soon, the desire to breed a foal from one of these mares arose; thus, in 2001, the birth of the farm’s first foal marked the beginning of the family’s important, ever-growing passion for the Arabian horse. As the breeding plans evolved, Ernst sen. faced the challenge of designing the ultimate horse stable. The new wing has 14 horseboxes, space to move about in and drying areas.

Already when she studied architecture, Christina worked at Mary Lang’s show training stable, fascinated by the training and the work with Arabian horses. She soon realized that she wanted to become a professional equestrian, continue her mother’s work and expanding it by horse training. With this in mind, Ernst sen. started planning a further wing with training facilities.

A father who designed and planned the stables and even made pieces of equipment himself in the company‘s own metal workshop; a mother and a daughter who knew and fulfilled the requirements of the horses and the employees. In a wonderful joint effort, the family created an equestrian complex that leaves nothing to desire!

Yours, the Schläpfer family 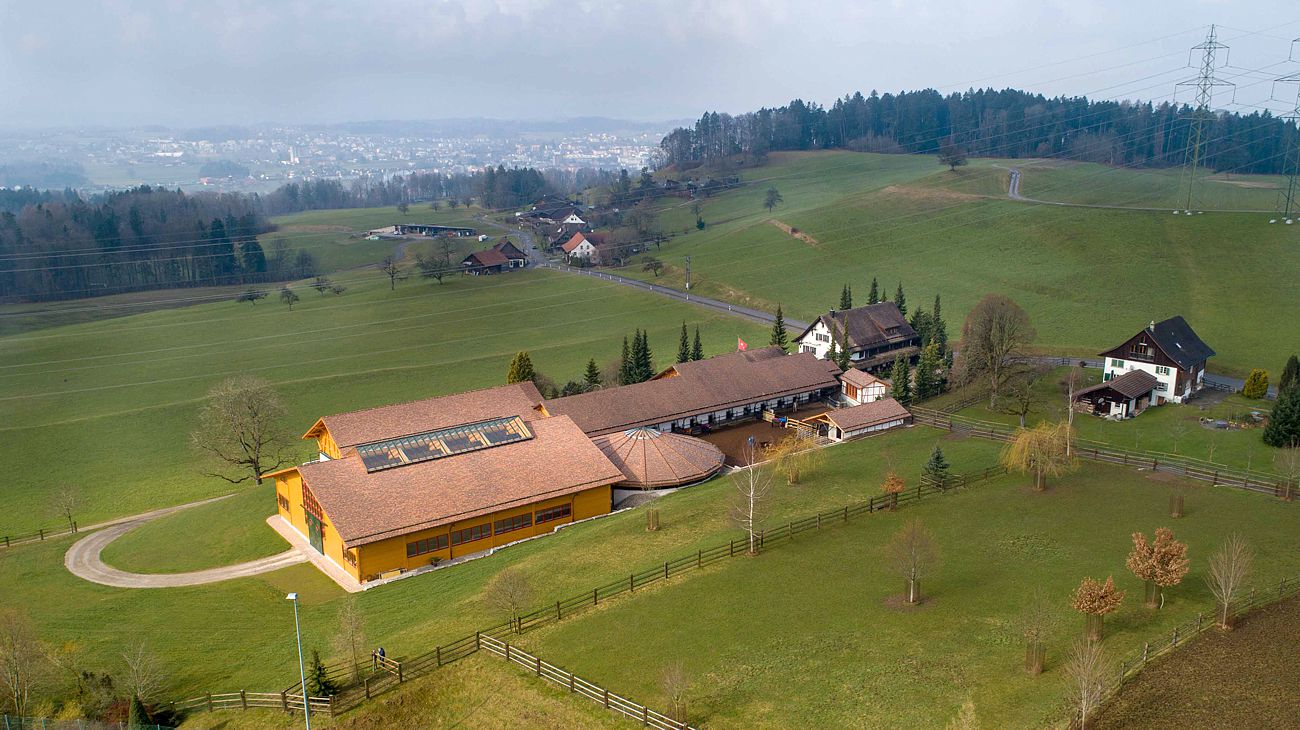 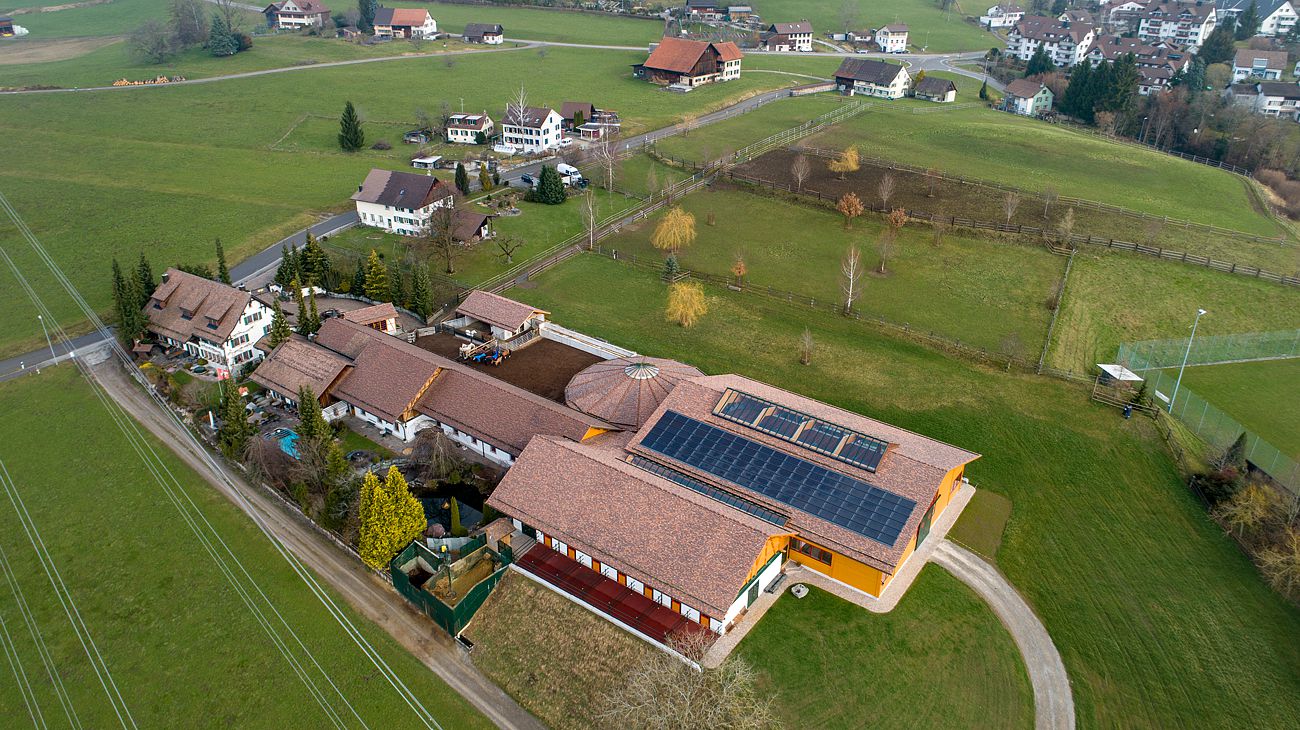 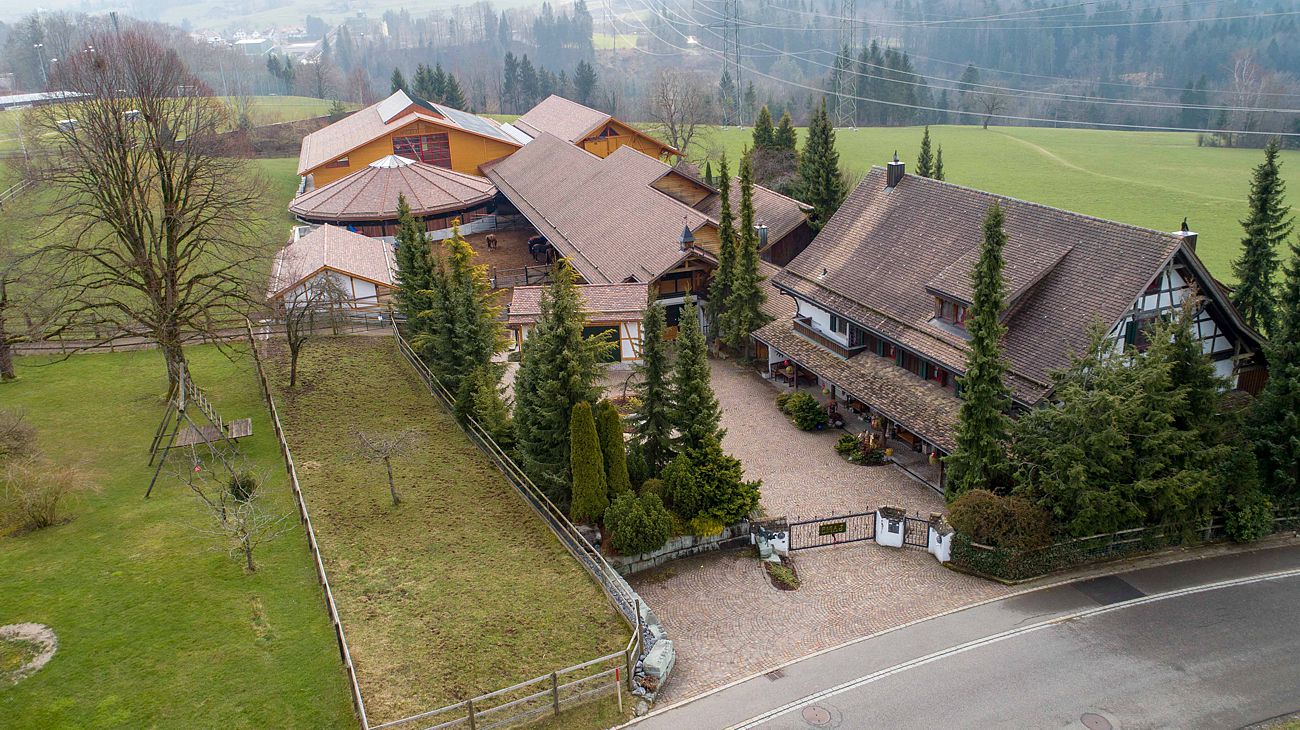 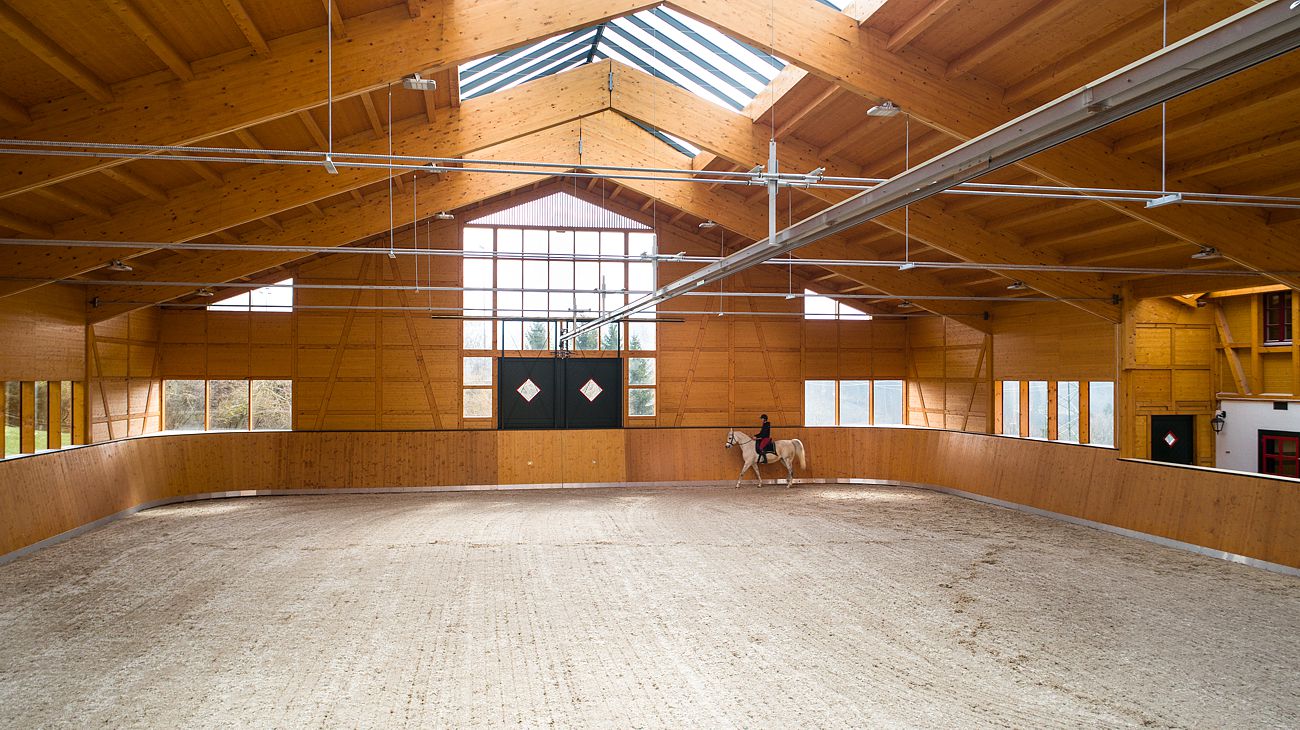 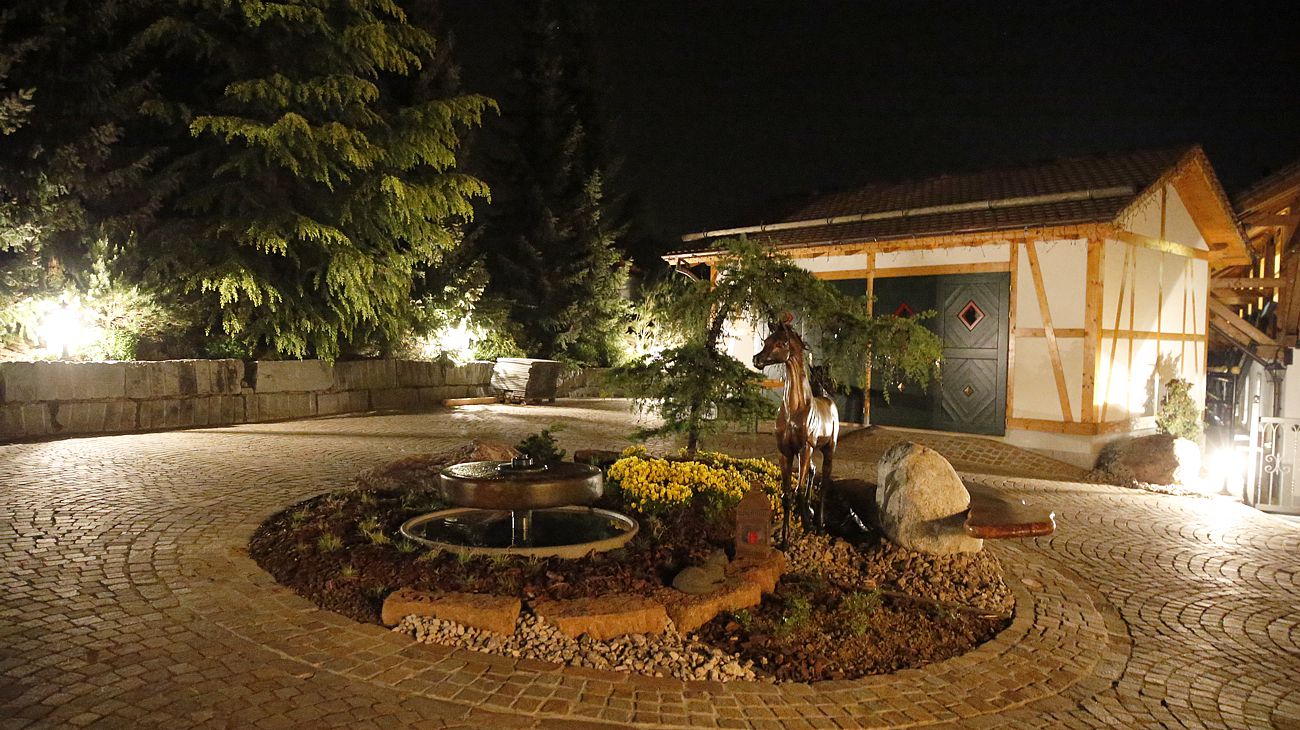 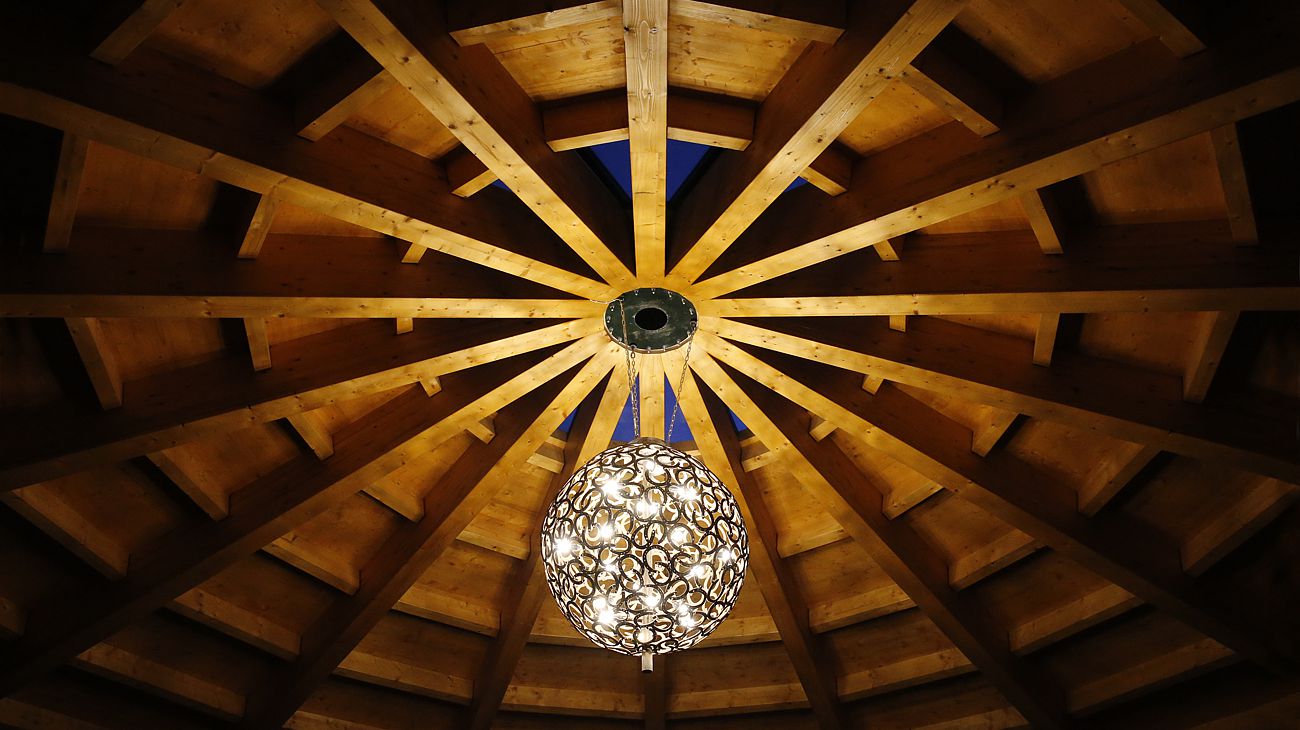 Our stud is located on the outskirts of Adetswil, a small village in the Zurich Oberland, only 40 minutes from the city of Zurich or Kloten Airport. The stud is surrounded by around three hectares of lush pastures and a further 13 hectares of meadows, which are used by the family to produce hay. The stud farm has 30 horse stalls, 11 of which with runout, and large all-weather paddocks.

Since 2018, the stud has also had a covered horse walker and an integrated covered round pen as well as a spacious and bright indoor riding arena. The latest integrated technologies simplify our everyday work and help optimise specific horse training. A solarium for horse care, a treadmill for horse training as well as the manure suction system and the goods lifts simplify and enrich our daily routine.

Ernst, Maja and Christina Schläpfer designed, planned and constructed the facility especially suited for breeding and training and it was realised by the family-owned company. A place where not only the horses feel like they are in a five-star resort, but which also invites the people to stay and enjoy themselves. Our heaven on earth.